How to Watch Kaagaz Full Movie For Free? 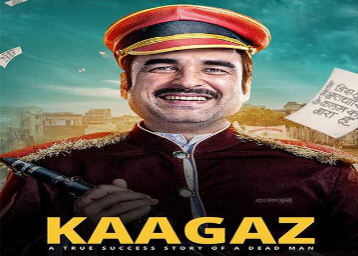 Kaagaz movie starring Pankaj Tripathi is streaming on Zee5. This movie marks the directorial comeback of Satish Kaushik after a gap of six years. Satish Kaushik also plays a pivotal role in the movie,

The story revolves around Lal Bihari Mritak who was declared dead by interests keen to take over his property. Lal Bihari had to fight for 19 years to provide that he is alive. It is a tragic story said with humour.

The movie is produced by Salman Khan, Nishant Kaushik and Vikas Malu. If you are looking to watch Kaagaz movie then keep reading to know more. We have also updated the article with Kaagaz Movie review. 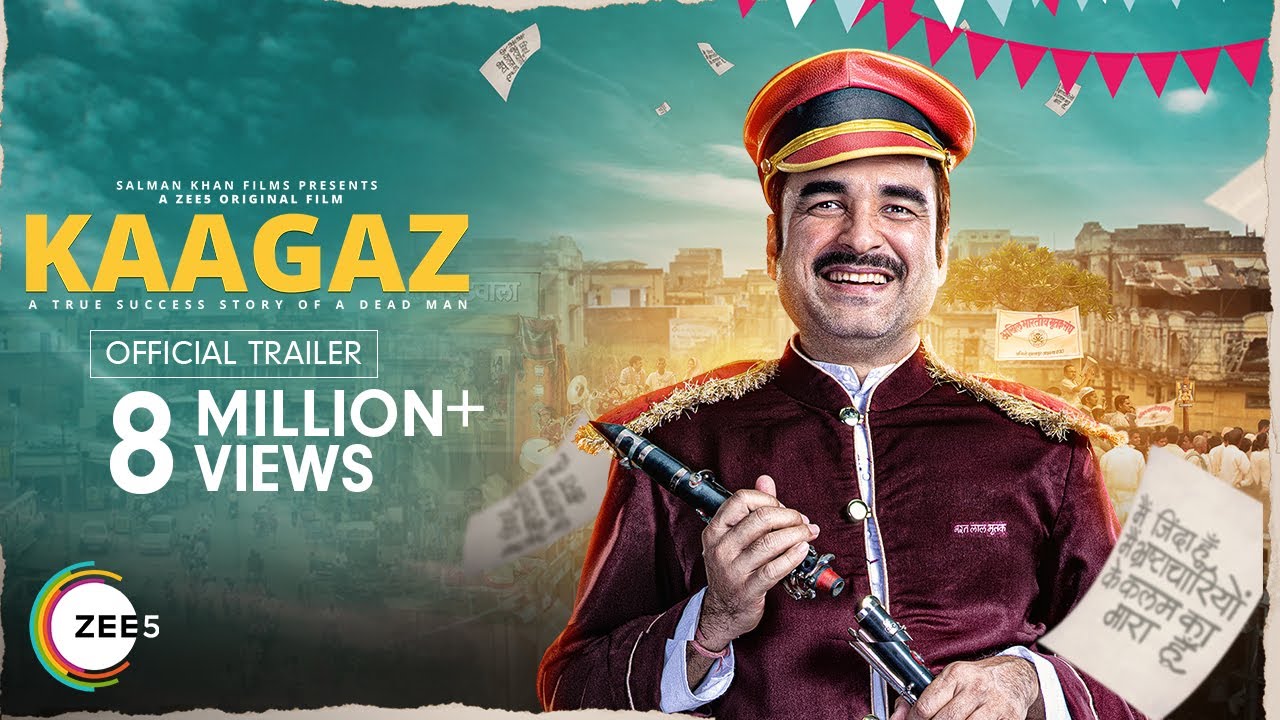 The biographical drama film is written and directed by Satish Kaushik. Kaagaz movie features Pankaj Tripathi and Monal Gajjar in lead roles while Amar Upadhyay plays the main antagonist. The film is all set for OTT release.

Pankaj Tripathi plays a man who is declared dead in official records. He will play a man struggling to provide his existence after he is declared dead. The movie directed by Satish Kaushik will release on 7th January.

Kaagaz promises to be another entertaining watch. You can watch the biographical drama on Zee5. To watch Kaagaz movie, you need Zee5 premium membership. The OTT platform has much value for money subscription plans to provide complete entertainment on a budget.

Zee5 monthly subscription is priced at Rs. 99. There are also three-month and one-year subscription plans which cost Rs. 299 and Rs. 999 respectively. You can subscribe to any plan of your choice and watch Kaagaz full movie online.

If you are looking for ways to watch Kaagaz movie for free, then there are some offers which can give you free access to Zee5 premium.

Zee5 premium subscription is available for free with select recharge plan of Vodafone-Idea. Airtel also has introduced prepaid plans to provide users with free access to premium content on Zee5.

Meanwhile, Paytm First members also get 3-month free access to Zee5. So these are some of the offers with which you can watch Kaagaz movie for free.

How to Watch Kaagaz Full Movie for Free?

Kaagaz is the real-life story of Lal Bihari Mritak played by Pankaj Tripathi. He is played here as Bharat Lal Mritak, a loveable band player from a small village. The story is based in Uttar Pradesh. Pankaj Tripathi melts his way into your heart as a man of pure intent. When Bharat is declared dead on paper, he has to fight against the system.
However, the movie is clearly behind the times and the plot is filled with cliches. The film is watchable only due to the performance of Pankaj Tripathi. He plays the character to perfection.

Kaagaz movie promises to be an interesting watch. The movie based in Uttar Pradesh is a satirical take on reality. A man who is declared dead in government documents has to go through struggles to prove that he is alive. You can watch the Satish Kaushik directorial on Zee5.

Where can I watch Kaagaz movie?

Kaagaz movie is releasing on Zee5. You can watch the movie starting on 7th January 2021. To watch Kaagaz movie, you need Zee5 premium subscription.

Download Kaagaz movie on the Zee5 app to watch later in the offline mode.

When is Kaagaz movie releasing?

Here is another movie to get an OTT release. The film is all set to premiere on 7th January.

Can I watch Kaagaz Movie for free?