How to Watch Bhonsle Full Movie For Free? 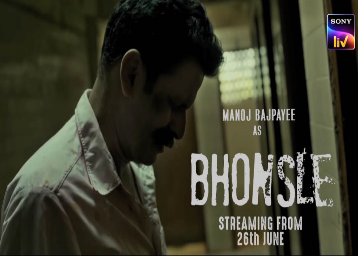 The critically acclaimed movie "Bhonsle" starring Manoj Bajpayee is all set for a digital release. The movie will release on SonyLiv. If you are a Manoj Bajpayee fan and want to see him in a new before avatar, watch Bhonsle full movie online on SonyLiv.

Bhonsle is the story of a police constable who tries to help migrants in their battle against the local politicians. The movie addresses the issues faced in order to survive in a city like Mumbai.

Bhonsle movie will release digitally on June 26. The movie will premiere on Sony LIV. The trailer of the movie is now out and Bhonsle promises to be an intense and hard-hitting story.

Manoj Bajpayee shared the trailer on social media. The movie has delayed for two years and is finally ready for digital release on Sony Liv. Manoj Bajpayee won the Best Actor for Bhonsle at Asia Pacific Screen Awards last year.

You can watch Bhonsle full movie on Sony LIV. The movie releases on 26th June. To watch the movie you need Sony Liv Premium subscription. The streaming service has released hiked its subscription price after a facelift of its app and website. Sony LIV also promises to bring a new premiere every Friday.

If you are a Flipkart Plus member, you can get SonyLiv subscription for free. Redeem your Supercoins to get Sony Liv premium subscription. Using the subscription you can watch Bhonsle full movie for free. Flipkart offers various benefits to its loyal customers.

Bhonsle is a power-packed movie that highlights the issues faced by migrants for survival in a big city like Mumbai. Manoj Bajpayee portrays the titular role of Bhonsle, a retired constable. The movie is all set for a digital release on Sony LIV. You can watch the full movie for free as well.

How Can I watch Sony Liv for free?

What is the cost of Sony LIV Monthly Plan?

The streaming platform has hiked the price of its subscription plans. The monthly plan of Sony LIV is available for Rs. 299. The priced was hiked after a facelift of the app and website.