How to Watch Abhay Web Series For Free?

Abhay Season 2 is streaming on Zee5. Check out the methods to watch Abhay 2 web series for free 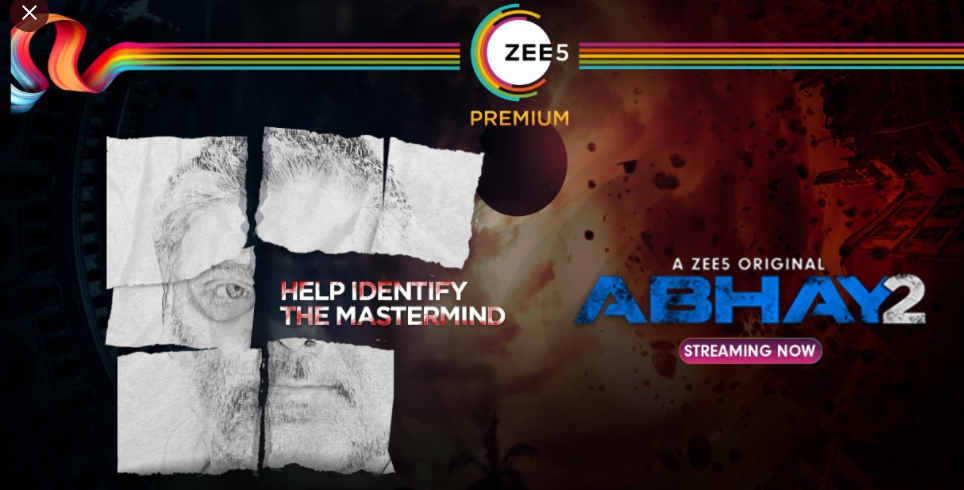 The OTT platform, Zee5 has come with season 2 of its popular web series Abhay. Season 1 was a huge success. Abhay Season 2 is equally good. To know more about Abhay Season 2 release date, cast, trailer, and episodes stick around this page. You will also learn how to watch Abhay Season 2 for free. Meanwhile, the Pareeksha movie is streaming on Zee5. 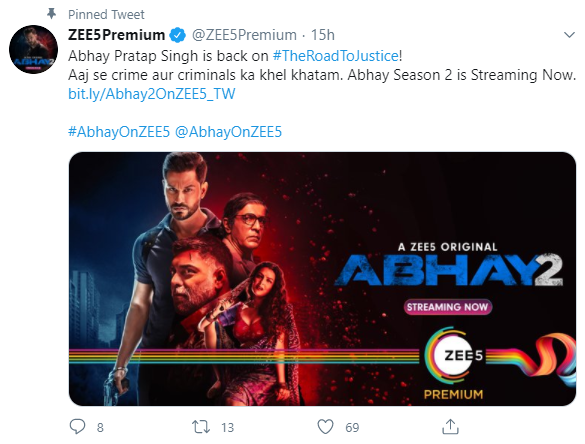 Season 2 is darker and murkier. The trailer shows Abhay Pratap Singh being blackmailed by a prisoner. Kunal Kemmu made his digital debut with the first season of the web series. Abhay Season 2 brings the most unpredictable crime stories. The show features gut-wrenching villains. Abhay Season 2 has eight episodes.

The second season of the web series released on 14th August 2020. You can watch the series on the Zee5 website and app. Now, you can stream all episodes of Abhay Season 2.

A trailer of the web series was recently released with the description “Abhay Pratap Singh, the gutsy cop is coming back. Watch this announcement promo and get ready for a darker and edgier season two. Coming soon on ZEE5.”

Season 2 of the popular web series Abhay is out. You can watch Abhay Season 2 on the Zee5 app and website. Subscribe to any membership plans of the OTT platform to start watching the Abhay season 2. You can also watch the web series free with select prepaid and postpaid plans. The leading telecom operators allow their subscribers to watch Zee5 content for free with select plans.

So, download all episodes of the web series and watch later anytime in the offline mode. It helps you save data and gives a convenient option as well. The leading OTT platforms users to download content and thus helping to avoid the buffering issue.

Abhay season 2 cast includes popular stars such as Chunky Pandey, Asha Negi, Nidhi Singh, and Bidita Bag. The popular TV star Ram Kapoor will be seen in a never-before avatar. While Kunal Kemmu will be playing the lead role of Abhay in the second season as well. Season 2 is directed by Ken Ghosh, who also directed a few episodes in the first season.

How to get Zee5 membership for free?

Zee5 Premium is available for free with select prepaid and postpaid plans. For instance: Airtel is providing free Zee5 with Rs. 289 prepaid plan.

How to watch Zee5 for free?

What is the price of Zee5 Membership in India?

How to get Zee5 free trial in India?

The free trial offer is not available at the moment. However, you can watch Zee5 premium content for free with select prepaid and postpaid plans of telecom operators.