How to Watch Aafat-e-Ishq Movie For Free? 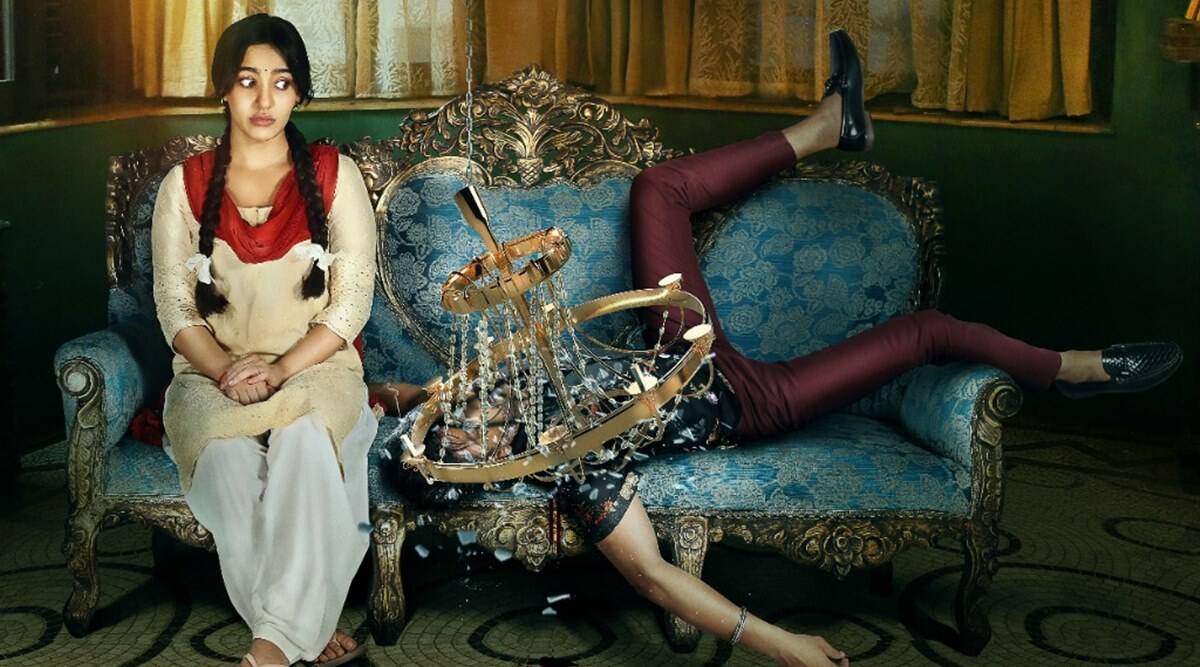 Aafat-e-Ishq is a remake of the Hungarian film 'Liza'. The movie is directed by Indrajit Nattoji who has previously directed Aagey Se Right starring Kay Kay Menon. Aafat-e-Ishq starts streaming on Zee5 from 29th October.

It is a combination of supernatural and fantasy genres. The movie promises to stand out with its storyline and quirky characters. Here in this post, we share some of the offers to help you watch aafat-e-ishq movie for free.

Meanwhile, there are many promising web series and movies slated to release in the coming days, for upcoming web series list click here 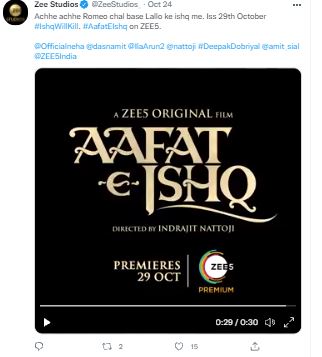 The drama comedy is the story of Lallo and her quest for true love. The things take a different turn after a series of deaths where Lallo is the prime suspect.

Neha Sharma will be seen playing the protagonist. While Amit Sial, Namit Das and Deepka Dobriyal will be seen in pivotal roles. The movie also features Ila Arun who will be essaying the role of Lallo’s grandmother.Aafat-e-Ishq movie is all set for an OTT release.

The comedy drama movie starring Neha sharma is all set to release on Zee5. You can watch this movie starting 29th October. To watch Aafat-e-ishq full movie you need the Zee5 premium subscription.

The plans start at Rs. 299 onwards. Zee5 3-month subscription costs Rs.299; while the yearly membership is currently available at Rs. 499. Zee5 has dropped the subscription charges, as the yearly plan is originally priced at Rs. 999.

With the 3-month subscription, members get access on 2 screens at the same time. And with the yearly plan, you can watch on 3 screens simultaneously.

How to Watch Aafat-e-ishq Full Movie For Free?

Are you excited to watch the Aafat-e-ishq movie, But don’t have a Zee5 subscription? Here are some of the offers to watch this movie for free.

Get free Zee5 subscription with Paytm First. The 6-month subscription costs Rs. 899, Paytm is also offering up to Rs. 300 cashback on First subscription. The membership includes exclusive offers and multiple benefits. You will receive a unique voucher code to claim your free membership.

Zee5 subscription is also available with Airtel Rs. 289 plan and Times Prime membership. So you can choose a subscription offer of your choice.

You can even download Aafat-e-ishq movie and watch it anytime in the offline mode. This option is available for Zee5 app users. Once you click on the movie banner, you will see the download option. Pick the download quality of your choice. The movie download will start, go to the download section after some time to watch the movie. Flipkart has an excellent reward program in place. The online shopping platform rewards users for shopping and participation in different contests. The supercons thus earned by users can be redeemed for different offers. You can also redeem Flipkart Spercoins to get free Zee5 membership. Depending on your supercoin balance, you can opt for 1-month, 3-month, or yearly subscription.

Where to watch aafat-e-ishq movie?

What is the cost of Zee5 in India?

Currently, the membership of Zee5 is available in 3-month and 12-month plans. The 3-month subscription plan is priced at Rs. 299 and the 12-month plan costs Rs. 499.

How Can I watch Zee5 for free?

Get 6-month Zee5 subscription with paytm First. You can also use Flipkart Supercoins to get free subscription to the OTT Platform.