Abhay is a popular crime thriller series on Zee5. You can download Abhay Web Series for free. Keep reading to know more 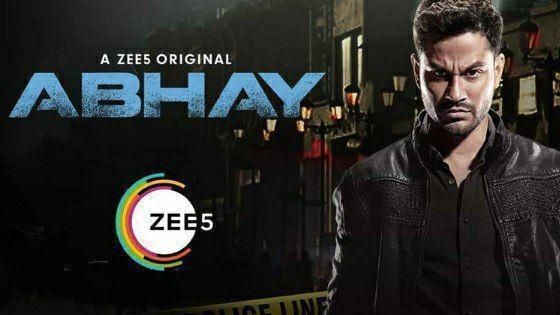 Abhay is a Zee5 series starring Kunal Kemmu in the role of Abhay Pratap Singh. The hard-hitting crime thriller will be soon back with its season 2. The first season of the web series is highly appreciated.

Diy you watch Abhay Web Series season 1 on Zee5? Did you like it? If you are interested in watching the first season here are the details. Also, if you want to know more about the Amazon Prime Video Movie C U Soon then CLICK HERE.

How to Watch Abhay Web Series For Free?

Season 1 of the crime thriller has a total of eight episodes. You can watch all the episodes of Abhay Web series season 1 on Zee5 app. The most episode of the web series are between 32 - 35 minutes. While the first three episodes are 46, 41, and 49 minutes long respectively.

The second season of the much-awaited web series is soon going to release on Zee5. Kunal Kemmu returns as Abhay in the second instalment too. Release date of the second season is not yet confirmed by the makers. Recently, a promo of Abhay Season 2 was unveiled.

We expect a release date to be announced very soon. Due to the current situation, there is a very high demand for OTT platforms. The streaming platforms have also lived up to the expectations of audiences by coming up with some unique content.

Even Bollywood movies are looking for a digital release. Reportedly, Akshay Kumar Starrer Laxmmi Bomb Movie is also set for on online release.

In the current time, entertainment is a great source to relax your mind from all the worries. You can watch the latest shows, movies, and web series for free using various tricks.

Is Zee5 Free for Airtel?

Airtel is offering free Zee5 membership with select postpaid plans. You can switch to Airtel Rs. 499 Postpaid plan and get free access to Zee5.

You can download Zee5 Series using the Zee5 app. The app allows users to store their favourite shows, movies, and series.