Disney Plus India:How to Watch For Free?

Disney+ streaming service to launch in India soon. Check the expected price and release date of Disney Plus in India. 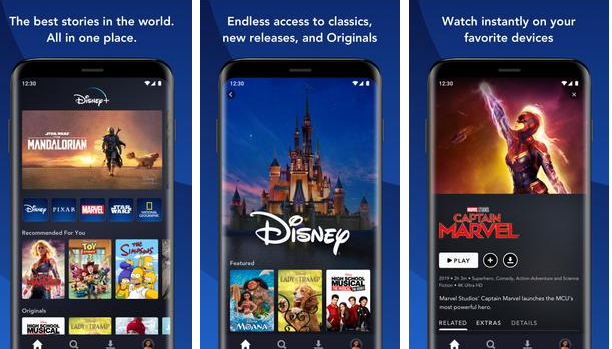 Disney+ streaming service was launched in the United States, Canada, and the Netherlands. Disney+ is also expected to release in India very soon. There are also reports that Disney will team up with Hotstar to provide content in the premium section.

Disney Plus Release Date in India

The streaming service was recently launched in select countries. Disney Plus is expected to launch in India in the coming months.  The company has kicked things off with popular Star Wars show The Mandalorian.

Disney Plus Price in India

Even though the company is yet to announce a date for the release of its service in India but the speculations have already started. Disney + monthly plan is expected to come at a price of Rs. 590. The company is likely to offer a yearly subscription at Rs 5,900.

Disney Plus service is launched with a 7-day free trial for new users. When you sign up for a new account you are automatically eligible for a free trial. The company is likely to extend its free trial offer to India as well. So you get access to Disney Original Shows for free.

Here is one more addition to the streaming services in India. Disney+ is soon going to launch in India with Disney original shows, 4k content and more. You can start streaming on Disney Plus right now following simple steps given above.

Is Disney+ available in India?

Is Disney plus free?

Disney is a new streaming service that features content from Disney, Pixar, National Geographic, Star Wars, and 20th Century Fox. The service is available at $6.99/month.

How long is Disney plus free trial?