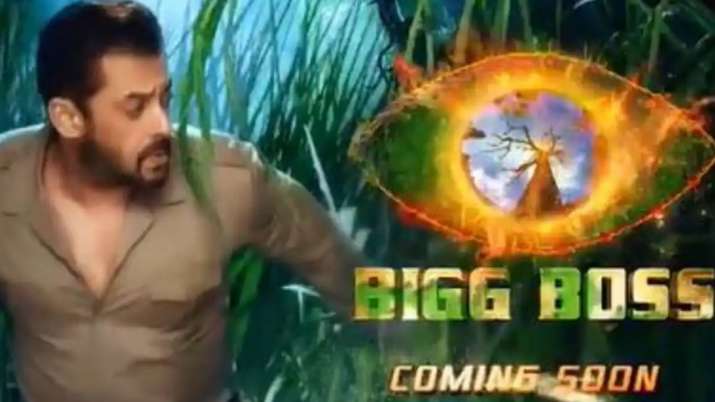 Fans are eagerly waiting for Bigg Boss season 15. The 15th season is all set to start on October 2. The discussion about Bigg Boss 15 contestants has already begun. Many tv and movie stars are expected to enter the house this time. Bigg Boss 15 promo featuring Salman Khan is already out. The show is expected to come with a new twist. He is the first confirmed contestant to enter Bigg Boss House this season. The actor has become a popular name with his show Shakti: Astitva Ke Ehsaas Ki. He has been finalized as a contestant for Bigg Boss 15. Soon the actor will be going in quarantine to enter the show. Simba Nagpal has also participated in reality shows such as Splitsvilla.

He is another actor from Shakti that will be part of the hit reality show. Last year, Rubina Dilaik participated in the show and also emerged as winner of the season.

She is a TV and film actress. Barkha has acted in many Hindi and Bengali serials. She made her movie debut with Raajneeti (2007). Barkha married actor Indraneil Sengupta in 2008.

Disha Vakani is best known for portraying the role of Daya Ben in the popular show Taarak Mehta Ka Ooltah Chashmah. She belongs to a Guraji family in Ahmedabad. Disha started her career in Gujrati Theatre. She has done supporting roles in various Hindi movies. Disha married Mayur Padia in 2015. There have been many rumors of her returning to Taarak Mehta Ka Ooltah Chashmah. But she has been on maternity leave since 2017. Now, the actress is believed to enter the Bigg Boss house.

The actor has made a mark in the TV industry with the role of Kartik in the popular TV show yeh Rishta Kya kehlata hai. He belongs to a Gujarati Family.

Mohsin started his career with advertisements and cameos in TV shows. He has also worked as an assistant director. But rose to fame for his role of Kartik opposite Shibangi Joshi in Yeh Rishta Kya Kehlata Hai. Mohsin was ranked 5th in Biz Asia's TV personality list in 2018.

Mahika Sharma is a beauty pageant winner. She won the Miss Teen Northeast title Mahika has also appeared in several television shows. She has featured in movies such as Mardaani, Chalo Dilli, and Mon Jaai among others.

Mahika has also been in news for Philanthropy work. Now, the actress is believed to enter the Bigg Boss house.

Born in Indore, Gulki Joshi is currently seen playing the role of S.H.O Haseena Malik in the TV serial Maddam Sir. She has also featured in many TV shows such as Phir Subah Hogi, Naddan parindey Ghar Aaja. Gulki was a part of the drama team in her college days. She started her career with Zee TV's Phir Subah Hogi. She was also seen in MX player's Bhaukaal.

Surbhi Chandna is known for her roles in TV shows such as Ishqbaaz, Sanjivani, and Naagin 5. She made her debut in 2009 with a cameo in the show Taarak Mehta ka Ooltah Chashmah on Sony SAB.

Chandna won several awards for her role of Annika Oberoi in Ishqbaaz. She has also made an appearance in a music video with Sharad Malhotra in 2021. In 2017, she was ranked 7th in the TV personality list by Biz Asia.

Nidhi Bhanushali is a TV actress. She has featured in several shows as a child artist. However, she gained popularity for her role of Sonu Bidhe in Tarak Mehta Ka Ulta Chashma.

The actress left the show some time back to pursue future studies. But her recent social media posts have gained her a lot of fan following. She is often seen sharing her holiday pics on social media.

In the recently concluded Bigg Boss OTT, Pratik Sehajpal got the ticket to Bigg Boss 15. He is the 1st confirmed contestant of season 15.

Pratik gave up his chance to win Bigg OTT to enter the season 15 house. He was one of the most popular contestants of BB OTT specially for his connection with Neha Bhasin.

Manav Gohil has been active in the TV and film industry for more than a decade. He is best known for shows such as  Kahaani Ghar Ghar Kii, Nach Baliye 2. amd C.I.D. He has also hosted may TV shows such as Fame Gurukul and Mandira Bedi. Gohil is married to actress Shweta Kawatra.

Where to watch Bigg Boss 15?

Watch Bigg Boss 15 on Colors Tv. You can also watch the show on Voot App. In addition to that, the show will also be available on JioTV and Jio Cinema app. So you get plenty of options to watch your favorite contestants in the Bigg Boss House.

Salman Khan will be back as the host for Bigg Boss Season 15. The actor has hosted most of the seasons of the reality show. Meanwhile, Karan Johar hosted the OTT version of the show that was exclusive for Voot users.

So that is all about the contestants of Big Boss 15. The show is likely to start on October 2. Salman Khan will be back as the host for this season as well. Meanwhile, some of the contestants of Bigg Boss OTT are also expected to make it to season 15. However, the details are not out yet. The season 15 is going to come with a twist as revealed by the promo. There are going to be many revelations as the premiere date comes close. Till then stay tuned!

When Bigg Boss Season 15 will come?

Bigg Boss season 15 is all start to start on October 2. The date was confrimed recently at the final of Bigg Boss OTT.

Bigg Boss OTT is a new version of the popular reality show. The show is streamed exclusively on Voot. While season 15, will telecast on Colors TV.

Recently, Bigg Boss OTT was released on the Voot app. Now, the season 15 is all set to start on Colors TV from October 2 onwards.

Is Voot a Free app?

Voot has free and paid content for users. To watch the premium content, you need Voot Select subscription which is currently priced at Rs. 299 per year.