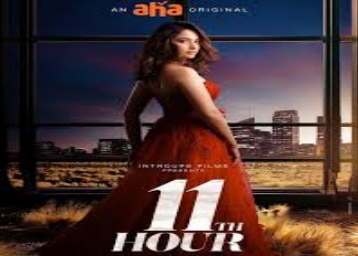 11th Hour is a Telugu web series. It is a corporate thriller directed by Praveen Sattaru. The web series features Tamannaah Bhatia in lead roles. It will stream on Aha. The poster featuring Tamanaah was revealed on the actor's birthday. 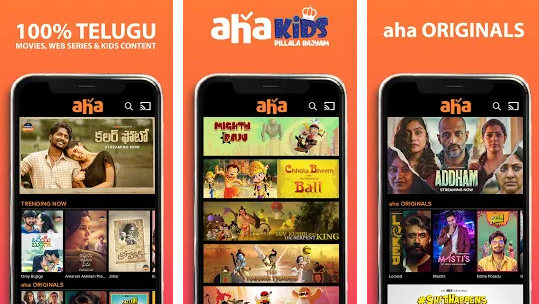 11th Hour is a boardroom thriller. Recently, the first poster of the show was revealed featuring Tamannah. The show is about a single night in a boardroom. It is a thriller that promises to keep the audiences interested from the very first scene. The show portrays the story of a woman in the corporate world.

The shooting has been completed, it was set to release on Makar Sankranti. However, at this time it seems the web series has been delayed. 11th Hour web series release date will be announced soon. The web series will showcase Tamannaah Bhatia in a never seen been avatar.

Meanwhile, Tamannah is also shooting for the Tamil Crime thriller "November Story", directed by Indhra Subramaniam. The actor is also a part of the Telugu remake of Andhadhun. She will reprise the role of Tabu in the movie.

Also read: 26 best movies on Hotstar that you can binge-watch this weekend.

You can watch the Telugu web series, 11th Hour on Aha. It is an Aha Original series. Subscribe to any plans of your choice to watch the Crime thriller.

Aha is an OTT platform owned by Arha Media & Broadcasting Private Limited. The streaming platform was launched in March 2020. Aha offers Telugu language content. The premium subscription of Aha is available in affordable plans. You can subscribe to the 3-month plan at Rs.199, while the yearly subscription costs Rs. 365.

Aha yearly subscription costs Rs. 699, but it is available at a special discount price for a limited period. With the premium subscription, you get various benefits such as monthly originals and ad-free content. You can also download your favourite content and log-in with multiple devices for a seamless experience.

11th Hour is an upcoming web series feating Tamannah Bhatia. It is a crime thriller available in the Telugu language. The boardroom drama is the first Telugu web series for the actor. You can watch 11th Hour web series on Aha App. The streaming platform offers an ad-free experience to its subscribers.

Yes, the Aha App is free. You can also watch select movies for free. However, in order to watch premium content, you need a subscription. Aha Subscription plans start Rs. 199 onwards. With the premium subscription, you also get ad-free content and downloads.

What is the subscription cost of Aha Videos?

Yes, the Aha app allows users to watch content in the offline mode as well. You need a premium subscription to download movies and web series on Aha app.

Which is the best app to watch Telugu Web Series?

Aha brings 100% Telugu movies and web series. It is an OTT platform for viewers who want Telugu content.