Amazon Echo Input launched in India for you to buy at Rs. 4,999 from Amazon. 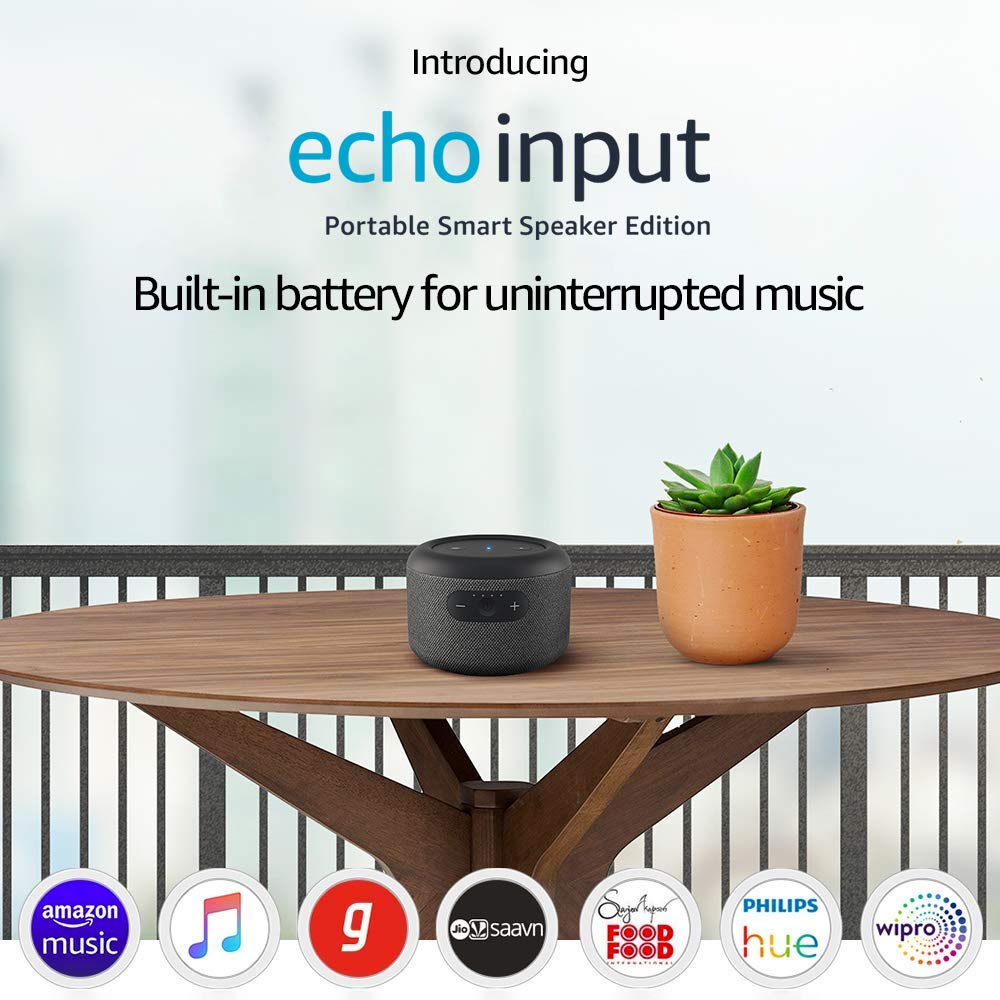 The Amazon Echo Input comes with a built-in battery, which means now you can use it without even plugged it. If we talk about other Alexa's, they have to be plugged in to make use of it.

Amazon reveals that the new Echo device promises 10 hours of continuous playback on a single charge. The device also comes with 360-degree audio, thus allowing users to make the most of Alexa's services from any part of the room with the help of far-field voice recognition. Also, if you want to know more about Google Nest Mini in India click on the link.

Amazon Echo Input Portable, a new smart speaker that is designed to deliver hands-free Alexa access on-the-move, has been launched in India.

The name of the product is a little unique as it doesn’t appear to give the Echo Input’s key feature of combining Alexa to an existing speaker setting. Instead, Amazon is throwing the Echo Input Portable Smart Speaker Edition as another way to get Alexa anywhere in the home.

Now, listen to music, Bhajans, News, and much more at Echo Input for an unlimited time.

Just like other Alexa speakers, you can control your IoT home products with voice commands. It is compatible with home devices from Philips, Wipro, Syska, TP-Link, and more. You can also use voice commands to play music from TuneIn radio, Gaana, and Amazon Music, increase and decrease volume, and more.