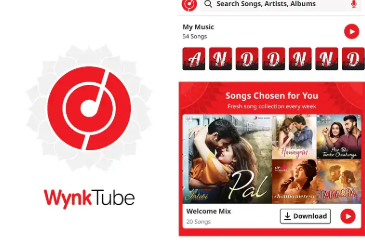 The telecom operator has launched a new streaming app Wynk Tube. The new app allows users to stream both video and audio content simultaneously. The Wynk Tube app is free for Airtel users.

At the time of writing, Wynk Tube is available only for Android smartphone users. The app size is only 5MB which makes it compatible even on basic smartphones.

Airtel already has a Wynk music app to offer music streaming services to its subscribers. Also, check Airtel new prepaid plans with 28 days validity and up to 6GB data.

Airtel has launched its new streaming app as a free service for all its users. If you are an Airtel user you can download the app from Google Play Store and start using it free of cost.

However, non-airtel users can subscribe at Rs. 99 per month.  Airtel Wynk Tube app adds to the list of free services provided by the telecom operator to its subscribers.

So if you are an Airtel user, here is an added service that is available for free. The Wynk tube app has been launched as a single platform for music and video streaming.

At the same time, the focus is on providing content in vernacular languages that is the reason the app size is only 5MB. In recent times, telecom operators are searching for means to engage subscribers.

Airtel Wynk Tube has a lot to offer and we shall see the response in the coming days how the app really lives up to the user expectations.