Our Generation experienced from DOS based games with simple programming to interactive game experience. Gaming industry is investing a lots of money on games now a days. Companies Like Sony, Microsoft is investing more in order to gain monopoly in the market. Recently Gaming giants released new version of Console i.e Sony PlayStation 4 & Microsoft Xbox One which delivers gaming experience to a new level.

Well I am here with some top selling games list of the month of July. This month the first position holds Hacking , tracking kind of game called ” Watchdogs” developed by Ubisoft followed by EA UFC ( Now available only for PS4 & Xbox One).

If you really want to experience the vehicular combat game then you should try “Twisted Metal“exclusively by Sony. This game holds its Position at number 3. Now Comes my Most favorite game ” GTA V” developed by Rockstar Games. If you want to experience the Corruption, superficiality, Democracy then must go for it. This time Rockstar worked on its cover system & Design as comparable to GTA 4.

That’s all for this this month Gamer!! Don’t Forget to check the Best seller for the Month of August 2014 Next Month. 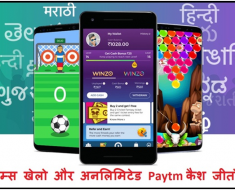