After spectacular success of Moto G which was available exclusively on Flipkart.com, company has planned a press conference for the launch of its brand new much awaited Moto G2 & X+1 which would be the extension of Moto G which created a lot of rumble in the market with its great features and unique design.

It is believed that a much awaited smartwatch ‘Moto 360′ would be launched along with it. People are enthusiastic as in what package Motorola is giving this time for its customers. Moto is rumored to have Moto G2 equipped with a Snapdragon 400 processor which would give its user a brilliant experience. Moto G2 will sport an 8 MP rear-facing camera unit with LED flash for its 5 inch screen in addition to a 2 MP secondary cam. Motorola Moto G2 will also be a dual SIM phone, just like its predecessor. It could be of approximately Rs 13,000. Apart from this, the new X+1 would is considered to be configured with Android 4.4 KitKat, a 2.4GHz quad-core Qualcomm Snapdragon 800 processor with an Adreno 330 GPU and 2GB of RAM, a 5.2-inch full-HD display with  a resolution of 1080×1920, it is also rumored to have a 12MP rear camera and a 2MP front facing camera. It is also reported to have a amazing 16GB built-in storage. 360, a smartwatch by Moto would be soon released which is in fact a gadget which have most of the eyes attached to it. This dust & water resistant gadget is a must have for those who understand the effectiveness and advantage of tech-life blend.

There is still no official word concerning the specs for both devices. It has been rumored that the Moto G2 will run on the quad-core Snapdragon 400 processor with 1GB RAM. The device may sport a 720p resolution screen that is 5-inches diagonally. For internal storage, the Moto G2 may have upwards to 8 GB of space. The wireless device may include an 8 megapixel camera in the rear.

In contrast, the Moto X+1 may feature the Qualcomm Snapdragon 801 processor with 2 GB RAM. The Moto X+1′s screen is capable of pulling 1080p resolution, with a screen size between 5.1-inch or 5.2-inch. Additionally, the device has a relatively large 12 megapixel rear-facing camera. 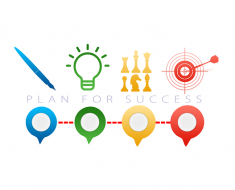 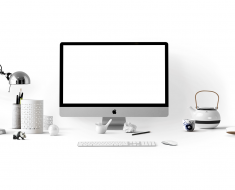