Microsoft has always been known for providing a very user friendly interface. But with the launch of its 8.1 version of Windows, Microsoft started facing a lot of criticism as the functioning was felt as time consuming and very confusing.

Have a look at the differnce between Windows10 & Windows8.1

After a disappointing review of very sought after windows 8.1, Microsoft is set to release its windows 10 in late 2015. Lets have a look whats different this time.

Windows 8.1 was more or less like Television in one room and its remote in other. The feature were made with a futuristic view but somehow they turned out to be time consuming. To shuffle betwwen one application to another a person has to go on the top left side of the screen which turned out not as good as it was expected.

So Windows 10 has to make the amendments in order to make the windows not so 'future' friendly but to make it 'User' friendly. So focusing on the rule of giving the customers what they want rather than what campany want them to have, Windows 8.1 have to gone through severe changes. Which, when mixed with future sight of Microsoft and the leadership of CEO Mr. Satya Nadela turned out to be a brilliant Operating System "Windows 10".

The window button is back. Unlike earlier where you have to shuffle again and again for any linking you may need for your works. Amazing button search days are back, yay!

Work simultaneously on various applications by creating a virtual desktop. Have a look at video for formal working.

With Windows 10, a users can create virtual desktops wih different on going assignments also it can switch on between desktops and start working again from where they left on each desktop. This is something cool.

A window for every castle

Windows 10 will run on all devices, which means you need not to worry about compatibility, across form factors, including phones, tablets, 2-in-1s & Desktops.

If you are developer or a business person, then this section is for you. Developers can write an application just once and it can be distributed theoughout the family of Windows 10 devices. For businesses, the Windows store would enpower the administrators to highlight their apps and can make purchase orders etc. Windows 10 will keep enterprise intact with a customised store and corporate data protection feature. This would help organizations to work with ease.

Google developed Chrome and ruled the browser for a very long period. Now Microsoft has decided to take this whole browsing thing on a new level of comfort. They named the browser as 'Microsoft Edge'. The idea behind naming it Microsoft edge is that "it reflects our commitment to developers to deliver a browser that lives at the edge of modern web standards and security" - according to Microsoft.

Microsoft Edge have an in built note making and marking features. According to the company, Microsoft Edge provides better discoverability. The video shown above is the official video via Microsoft featuring the options and accessebility of the browser.

The return of ctrl+

Yes! out of no shock the ctrl+c to copy and ctrl+v to paste will be coming back just like they were in 8.1.

These are the key features Microsoft is projecting as of now. Anyways, Best of luck Microsoft. 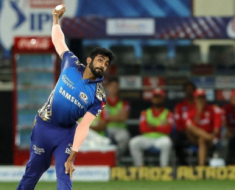