LG G4 has finally arrived to pitch up the embodiment of beauty and technology. LG G4 claims to not be just a smartphone but a smartphone better in every aspects of the user experience with more enhanced screen and elegant color enhancements. Have a look at the teaser of it.

If we talk about the display, LG is keeping an upper hand over the fact that the screen is 5.5 inch QHD with 2560X1440 pixels and the display is IPS quantum with 534ppi pixel density enhancing the complete visual output. According to LG, the screen is 25% brighter and the contrast is 50% higher than the earlier versions present in the series.

The body is slightly curved which provides a better grip so as to get a 'hold' over the set. It is 20% more durable than other smartphones present in the market. The body is measured as 149.1×75.3×8.9mm in dimension with a polycarbonate body with distinctive leather back panel making it stronger than ever and much lighter in weight.

Talking about the operating system, LG has produced G4 compatible with latest Android 5.1 Lollipop with the ultimate LG UX 4.0. This new User Interface is equipped with features like Knock On, KnockCode, Smart Alert, Smart Board, and apps like Quick Shot and Expert Camera mode which are designed in such a way that it makes it highly compatible with users. Like a car drive its power from its engine which makes a direct proportion of speed to engine, LG G4 drives it output from a Snapdragon 808 hexa-core chipset which is in fact clocked at 1.8GHz which along with Adreno 418 GPU creates marvelous results. Talking about the RAM, it have 3GB RAM which is exceedingly more than most of the smartphones available in this range. Not only this, the smartphone flaunts on the 16MP rear sensor with laser autofocus, optical image stabilization, f /1.8 aperture and dual-tone dual LED flash camera. The compilation of 8MP front-facing camera increases the desire to grab hold this phone.

With this smartphone in hand you would never need a harddrive to store your information, music, videos or movie as it comes with 32GB in built memory expandable up to 2TB using a microSD card. And if you have a Gmail account then you will be able to get a hold on 100GB absolutely free storage on the Google Drive but only for a period of two years.

On the power storage front, G4 features a 3,000mAh removable battery with fast charging (up to 60% in just about 30 minutes) and wireless charging. Along with these features, the smartphone also carries a LTE Cat 6 support, Wi-Fi 802.11 a/b/g/n/ac, Bluetooth 4.0, A-GPS, NFC, and IR blaster.

The price has not be disclosed as of now but according to the speculations it will be priced above Rs.35,000 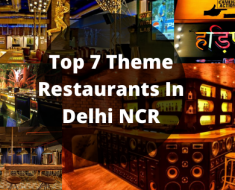