The addictive Facebook gives tigles and frustration when it does not open fast on a slow network. I mean how would it do so if companies in developing countries like India are on a continuous spree of stripping out more money for a less data and fast network (The worst part about pioneer companies in networking and communication in India).

Recently Facebook was in the news for its initiative which was taken in offense of Net Neutrality in India. This time Facebook is in news again, but for being on the brighter side. It is launching a low-resolution version of its Android app which has been specially designed in order to be more efficient on the clumsy and distorted network. The best part about this version would be that it would be lighter, smoother and would take less data than its earlier version. It currently holds a 4.3 rating. How does this whole less data consumption happens?

Facebook lite, as a matter of fact do not present the things which you may be a bit interested in. In other words, you will be getting what you want to see and what you have subscribed to see. It would not show you a 'maybe' bit less important features like videos and nearby friend you can connect to, instead you will get only what you want to see in this amazing lite version.

Well, if you have a troubled network or over expensive and overpriced data service provider then go for this version. Also, if you are not interested in cute puppy videos or celebrity dubsmash videos then go for the app. Sometimes your smartphone is so sophisticated that in order to give more details to the information and images, it churns more data, so to avoid this, this app is your key to a much simpler 'The Facebook' version. Facebook Lite is designed specially for the developing countries.

The main way Facebook makes the app use less data is by never pre-loading full-resolution images.

Photos and link preview thumbnails in the News Feed appear a bit of low end at first. But if you do want to view then just tap on it and enjoy the full resolution.

There were three prime reasons for Facebook to do so. 1. To work on any Android phone, regardless of storage space, RAM, and CPU
2. To load fast even on 2G mobile connections and that is what 4 billion people on earth use even as of now.
3. To use as little data as possible as In 1GB data paln you can actually buy a 2GB pendrive in India.

It will roll out today in Asia, and come to parts of Latin America, Africa, and Europe in the coming weeks. 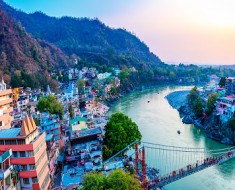