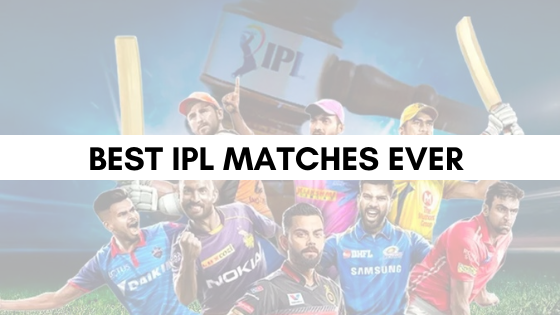 IPL is one of the most significant sporting events in the country, with a number of fans all over the world. Some of the most well-known cricketers are a part of this popular cricket league. With some of the most world-class players playing for many teams, there are bound to be some close and nail-biting encounters that you can experience in this tournament. Here in this blog, we have come together with a list of some of the most famous encounters, which are considered by many as the best IPL matches in the history of the tournament.

Let us check all of the best matches in IPL one by one. 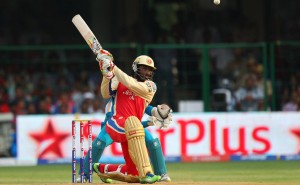 This IPL match will be remembered by all as one of the most glorious spectacles of batsmanship by a player, which is none other than Chris Gayle. He struck the fastest century in IPL history and made the highest individual score in the tournament by striking 175 runs off a mere 66 balls.

This match will be remembered as one of the best matches in the history of IPL. All the players' memorable performances were worth remembering, and this match indeed a top place in the list of the best IPL matches. It was played in the 2013 Edition of the IPL at M.A. Chinnaswamy Stadium, Bengaluru. 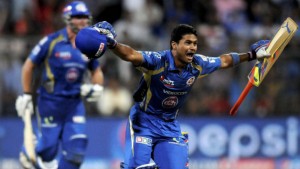 Next on our list is the last league game of the IPL 2014, where the qualification scenario has gone down the wire. Mumbai Indians, the defending champions, had to chase down a massive total of 190 runs in just 14.3 overs. Karun Nair and Sanju Samson's fifties had assisted the Royals in posting a target of 189 runs in 20 overs.

Even the Rajasthan Royals had to win this match to qualify for the playoffs, and they had to restrict MI from reaching the target before 14.3 overs to keep the net run rate in check. The Indian Premier League match went right down to the wire, with the score tied at 14.3 overs. However, Aditya Tare hit a humongous six and helped his team make it to the playoffs. It was played in the 2014 Edition of the IPL at the Wankhede Stadium, Mumbai. 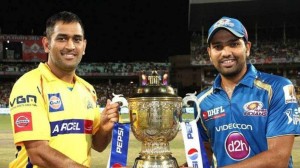 Mumbai Indians, led by Rohit Sharma, won their fourth IPL trophy by defeating an in-form Chennai Super Kings in the final of the IPL, 2019 edition.

CSK had to chase a target of 150 when Lasith Malinga and Jasprit Bumrah denied the victory for them. Bumrah registered bowling figures of 2/14 from his four overs, while Malinga conceded three runs from the final three balls to help guide Mumbai Indians to victory.

In the very last delivery of the match, Malinga ruined the party for CSK by trapping Shardul Thakur Leg Before Wicket. MI pulled off a one-run and final ball victory to register another IPL trophy under their belt. 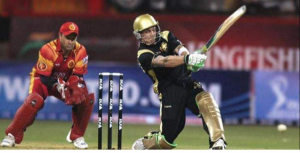 This is undoubtedly one of the best IPL matches ever. It was the first-ever match of the tournament, and audiences had to get a taste of what the tournament was going to be all about.

The opening year of IPL was full of outstanding and exceptional performances that cemented the place and prowess of IPL in changing the landscape of cricket for everyone. One of these displays includes Brendon McCullum, where he smash-hit 158 runs that included 13 sixes and 10 fours in the whole game

. With this top-notch performance, victory for KKR was inevitable, making this one of the best IPL matches ever. It was played in the 2008 Edition of the IPL at M.A. Chinnaswamy Stadium, Bengaluru. 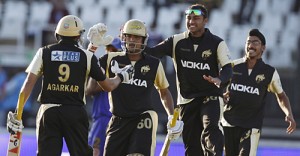 The second edition of the IPL was under doubt, and the tournament was shifted to South Africa, where it was received with massive fanfare. This match is another example of one of the best IPL matches ever played. The IPL match between Kolkata Knight Riders and Rajasthan Royals at Cape Town excited the fans as they witnessed the first-ever Super Over in IPL. After opting to bat first, Rajasthan reached a 150-run total on the back of Yusuf Pathan's 42 off just 21 balls.

In reply, the Kolkata Knight Riders team's run chase was led by a top performance from Sourav Ganguly. However, the match was tied, which led to the first-ever Super Over of the tournament. This is when both teams get one over each to score the highest in restricted conditions, and the team that wins the Super Over wins the match.

KKR was looking to seal the deal after Chris Gayle smashed three boundaries. However, Yusuf Pathan shined with the bat again, hitting two sixes and a four to guide the Rajasthan Royals to victory in the first four balls.

So these were some of the best matches in IPL history that everyone witnessed. The tournament is full of many exciting players, and if you too are looking for exciting games, then the latest IPL season offers a lot. Make sure that you get the required connections or subscriptions to watch the Indian Premier League on your mobile phone or your television. This is a great tournament, and there is no doubt that you will enjoy watching it a lot. 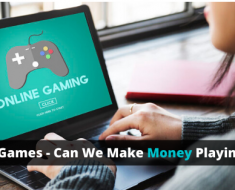 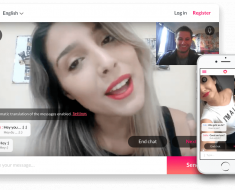