After our bollywood top 10 horror movies ever series, we have bought yet another series of spine chilling top 10 Hollywood movies ever made.

In her family’s suburban home, ghosts begin communicating with five-year-old Carol Anne through the static on the television screen. At first the spirits seem to be friendly, but using the television as their portal to enter the house, they kidnap Carol Anne. A movie where the most of the cast died in real which is believed due to the cursed placed on them due to the use of real skeleton.

Never watch a tape which would lead to a phone call telling you that you will die in 7 days. The ring is a horror flick which would shook your feet.

A pair haunted by an unnatural presence in the house, which is revealed through night cams. Though there have been many sequels to this amazing found footage type movie but Paranormal Activity remains a horror beauty.

The Blair Witch Project is a found footage type movie which shows the terrifying documentation of youngster who are trying to reveal a so called horror truth.

A book made of human skin and blood, a creaking cabin and a lonely forest. All these have been a complete curry for this brilliant movie which was eventually followed by its successor. An archaeologist’s tape recording reveals that the ancient text was discovered among the Khandarian ruins of a Sumerian civilization. Taped incantations, the youths unwittingly summon up dormant demons living in the nearby woods.

A fight between Ash William and demons which includes a possessed hand. It is a brilliant flick which included a fight for life and a message that how a man overcomes his/her fear through constant fight.

An evil being from another world who gets to his victims by entering their dreams and killing them with gloves that have knife blades attached to each finger. A murderer who have already killed 20 children went on a killing spree in dreams of the youngsters who are children of the avenging parents who burnt the killer alive.

It is a story of six year-old Michael Myers who killed his sister on Halloween night and treated as a mental patient untill he returns back 15 years later to start again a killing spree which results in blood and terror.

The United States is devastated by an unknown phenomenon which reanimates recently deceased human beings as flesh-eating zombies. All efforts fails from  the U.S. government and local authorities to control the situation, here a group of people take shelter in a mall and a thrilling combat follows.

A 12-year-old girl and her mother’s desperate attempts to win back her child through an exorcism conducted by two priests to free them from Pazuzu, an evil demon. The movie is undoubtedly the horror defining movie of all times. The best in its class and a goosebump generator, this movie is of course the best among all.

The list has been made on the basis of various reviews, rating, box office performances and cult following. If you feel any changes kindly mention them to us, we will be more than happy to post them up. 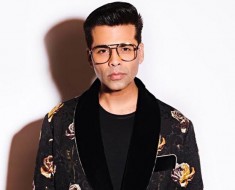