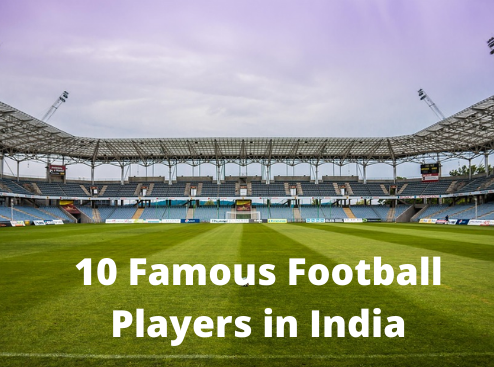 The popularity of football is slowly growing in India. It is becoming a widely watched sport. The young generation has a special inclination towards football. The famous Indian footballer players are an inspiration to budding footballers.

The Indian national team is governed by the All Indian Football Federation. Over the years, many talented players have emerged who have impressed everyone with their skills. Here we take at 10 famous Indian Football players who are an inspiration to the young generation. 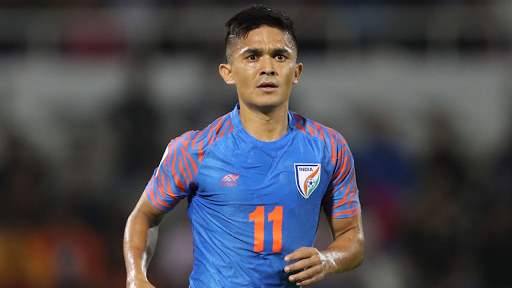 Sunil Chhetri is the captain of Indian National football team and the Indian Super League side Bengaluru. Born on 3 August 1984 the footballer has millions of followers on social media. He is all-time top goal scorer for the Indian national football team. Sunil Chhetri has scored a total of 72 goals in 115 appearances. He was named as Asian Icon by AFC on his 34th birthday. 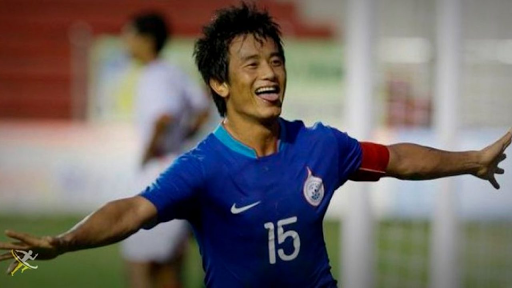 Bhaichung Bhutia is considered the torchbearer of Indian football in the International arena. The former professional footballer started his career at East Bengal Club. He joined English club Bury in 1999 to become the first Indian footballer to sign a contract with a European club. He is India’s 2nd most capped player with 82 international appearances to his name.

He scored his first international goal against Uzbekistan in 1995 Nehru cup at the age of 18 years and 90 days. Bhaichung Bhutia is also known for winning the reality television show Jhalak Dikhhla Jaa. Bhutia announced his retirement from international football in August 2011. 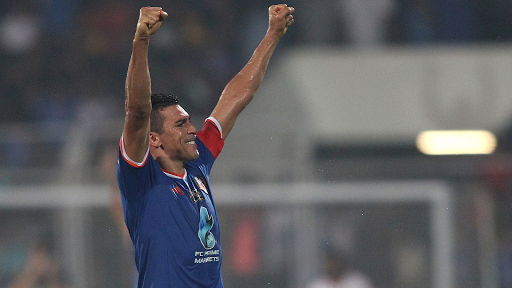 Pronay Halder plays for ATK in the Indian Super League, he has also captained the national team on several occasions. His defending skills from Midfield has led to comparison to Brazilian great Fernandinho. Halder started his youth career with Tata FA in 2007. He is admired for his versatile play in midfield. The aspiring midfielder has a great fan following.

He is a role model for many children. Halder has played for India U19 and India U23. He scored a stunning goal against Uzbekistan U19. Halder earned the senior cap on 31st August 2015 playing his first game against Nepal in an international friendly match. 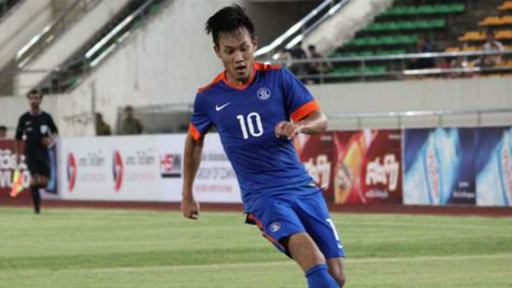 Udanta Singhplays primarily as a forward for both Bengaluru and the Indian national team. He started his career at Tata Football Academy. Singh represented the Jharkhand team in the 2011 National Games of India. In the 2014 I-League U19, he became the golden boot winner with nine goals during the tournament. He scored 3 goals for Bengaluru FC in 2017-18 to help his team finish as runners up in the tournament. He scored 5 times in the 2018-19 season.

Udanta became the youngest Indian player to provide an assist in AFC competitions during a game against Maldivian side Maziya on 28 April 2015. He made his senior debut on 24 March 2016 in a match against Iran. He scored his first goal against Chinese Taipei on 1 June 2018. 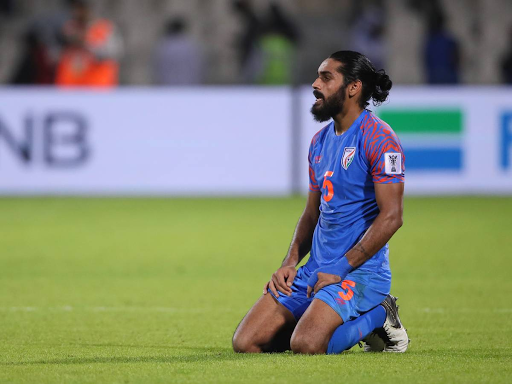 Jhingan won the B.C Roy Trophy at the under 19 levels. He won the AIFF emerging player of the year award in 2017 and made his national debut in 2015. Jhingan made his senior professional debut in the I_league on 6 October 2012 and scored the winning goal for United Sikkim. 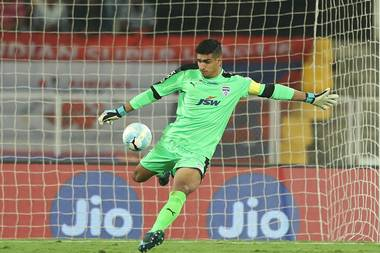 The famous Indian football player is a goalkeeper for Indian Club Bengaluru FC and Indian National team. Sandhu is one of the few players to play professionally in Europe. He joined the St. Stephen’s Academy in 2000 and soon he joined the Punjab U16s. Sandhu made his youth state debut in 2006. In 2019, he joined I-League side East Bengal as a youth player.

He signed a professional contract with East Bengal in 2010. Sandhu made his India U19s debut in the 2010 AFC U-19 championship qualification on 5 November 2009. He made his senior debut against Turkmenistan. He captained the Indian national team in 2016 against Puerto Rico. In the 2022 world cup qualifiers, he saved about 20 shots from Qatar to become a herp. His effort helped India draw the match 0-0. 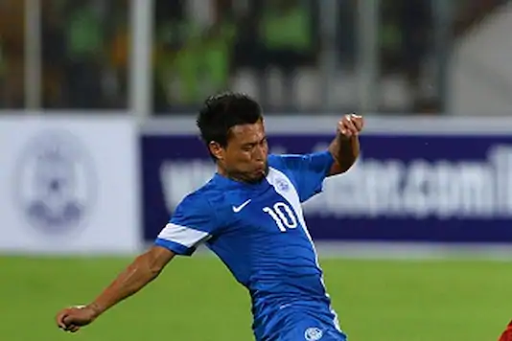 Jackichand Singh plays a midfielder for Indian National team and Jamshedpur club. He made his professional debut for Royal Wahingdoh in the Federation cup on 19 September 2011. Jacki scored a goal in the match to win the game for his team. He made his national debut in 2015. Jackichand scored the second-fastest goal in the ISL history against Atlético de Kolkata. 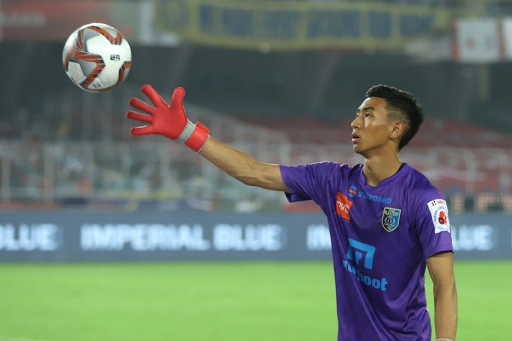 Dheeraj Singh plays as a goalkeeper for ATK in the Indian Super League. The young player became famous for his performance at the 2017 FIFA U-17 World cup. Dheeraj was highly praised for his technique and skills in the tournament.

He made his professional debut for Indian Arrows against Chennai city. Dheeraj played for Kerala Blasters in the 2018-19 Indian Super League Season. His stunning performance for Kerala blaster earned him a place in the India U23 National team. He has also signed a football sponsorship deal with PUMA. 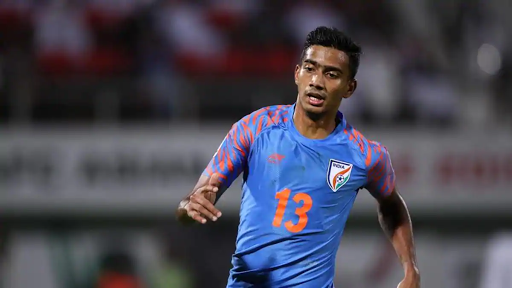 The young footballer came to the limelight for his excellent performance for FC Pune City. His performance also earned him a place in the national team. He plays as a winger for the Indian National team and Bengaluru. Due to family circumstance, he had to drop out of school when he was in the eighth standard. The young talent was soon spotted by vision India a scheme started by the Kerala Football Association. In 2016, Kuruniyan joined FC Pune.

He played for the club in Indian Super league making his professional debut on 10 December 2017. He scored his first goal on 30 December in a 5-0 victory against NorthEast United FC. He made his international debut in the intercontinental cup in June 2018. He also represented the national team in AFC Asian Cup 2019. 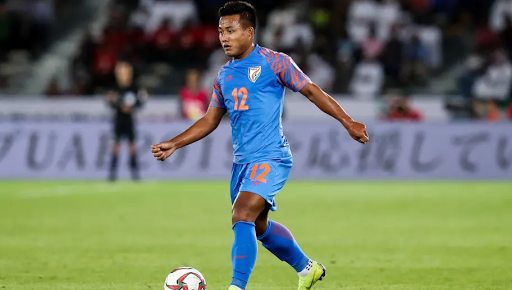 The famous Indian football player is the second-highest Indian goal scorer in the ISL. Jeje Lalpekhlua comes from a family of footballers. He plays for Chennaiyin and the India national football team as a centre-forward. He is also capable of playing from the wings. He came to limelight after winning the I-league with Mohun Bagan in 2015.

In the same year, his team Chennaiyin won the Indian Super League as well. He was also named as FPAI Football player of the year in 2018. Jeje was spotted by the Pune FC scouts at the age of 16. He has captained the Indian U19 team in the South Asian Games. Jeje played his first international game on 23 February 2011 and scored his first goal for the Indian U23 team. He has made a total of 56 appearances for the Indian national team and scored 23 goals.

The country has produced some very talented football players. Recently, the Indian team stunned everyone with a superb performance in the FIFA world cup qualifier in Qatar. The match against the formidable hosts Qatar ended in a goalless draw. The emergence of the Indian Super League has also contributed to the development of Indian football. 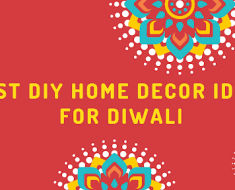