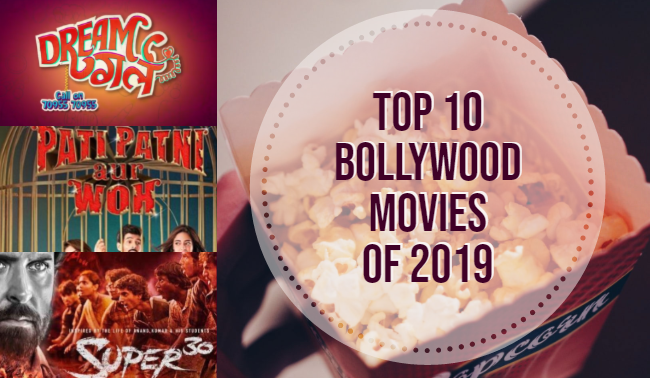 That’s how Bollywood Movies are as they take out some of the emotions of you. So, to recall your memories of Bollywood 2019, we have mentioned the top 10 Movies which you can watch again, again, and again.  Also, there are few movies which are newly released if you want to book your tickets and get a discount, then apply the Bookmyshow Coupons and get a discount on your movie tickets.

Here are the top 10 Bollywood Movie of 2019, which are worth remembering 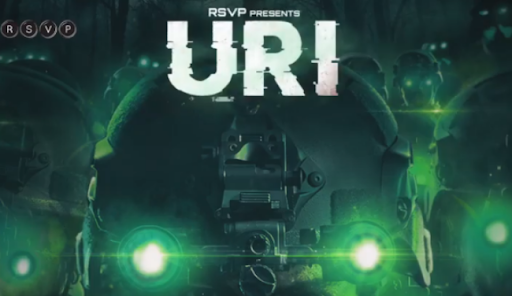 The URI: Surgical Strike movie was a reality-based story in which Vicky Kaushal was in the lead role along with Paresh Rawal, Mohit Raina, and Yami Gautam. The film URI is a dramatized story of the retaliation to the 2016 Uri attack. In this movie, you will find all the emotions be if friendship, family love, laughter, and of course, revenge.

If you see all of this in one movie, you would love to watch it again. The Uri: Surgical strike was also the highest-grossing movie with Rs. 342 crores worldwide. The movie had become the 10th highest-grossing film produced in Bollywood in 2019. 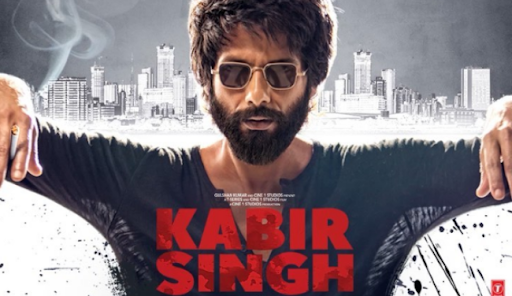 Here is the next Bollywood movie of 2019 – Kabir Singh, which has gained the eye of every person in India. The Bollywood movie became the super hit movie of the year and gained popularity amongst the youngsters.

Kabir Singh is also a real-life story, and it is already made in Telugu, Hindi version of the Bollywood played by none other than Shahid Kapoor, who looked dashing in the movie from the very first entry to the ending of the film. The Kabir Singh starrer Shahid Kapoor and Kiara Advani in the lead amongst other great actors and actresses.

It was a Romantic Drama movie written by Sandeep Vanga. The movie was made on a surgeon who spirals into self-destruction when his girlfriend leaves him. To give a little throwback to the Kabir Singh movie, which has made everyone cry with laughter and watch it again!!! 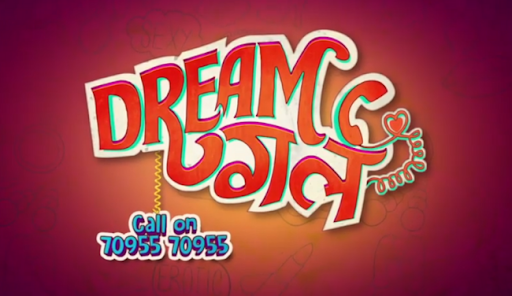 Dream Girl Bollywood Movie of 2019 has a star cast of Ayushmann Khurrana in and as Dream Girl along with Nushrat Bharucha, Annu Kapoor, Manjot Singh, and Vijay Raaz. The comedy movie of the year from my point of view was Dream Girl, in which Ayushmann Khurrana plays a cross-gender actor whose female voice impersonation begets attention from others.

That’s where he became the best comedian!!! The movie worked very well in the box office and also showed the laughter emotion of all the people who have watched the movie. In case you have not watched, yet please do watch the film as it will make you laugh. 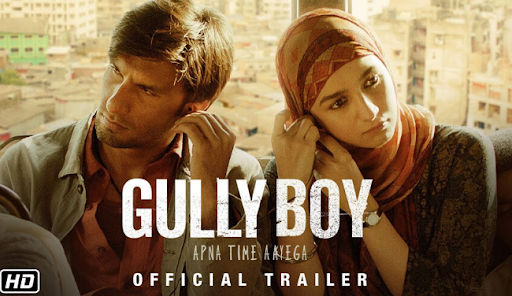 The valentine released movie of 2019 – Gully Boy, which starred Ranveer Singh and Alia Bhatt in the lead. It is a musical drama, which shows the struggle of a rapper, who wants to become the best rapper in India.

The movie gained popularity because of Alia Bhatt, Ranveer Singh, and Siddharth Chaturvedi’s acting, which created the movie a must-watch. This Bollywood Movie Gully Boy showed the passion of becoming something in life and gave you a push to achieve your goals in life. 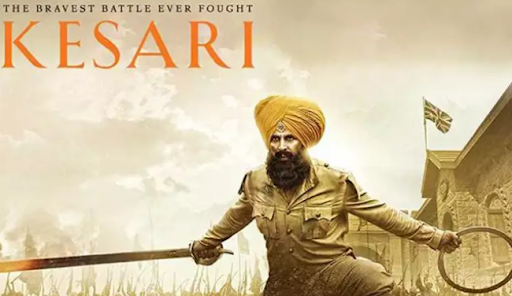 Here is the Action-War real based Bollywood Movie of 2019 Kesari, which was based on the real events leading to the Battle of Saragarhi, a battle between 21 soldiers of the 36th Sikhs of the British Indian Army and 1,000–1,500 Afridi and Orakzai Pashtun tribesmen in 1897. The movie starred Akshay Kumar and Parineeti Chopra in the lead.

It gained positive reviews from critics; it had a good start at the box office, while the first day morning collection was affected by Holi-related celebrations. The film grossed over Rs. 100 crore worldwide in its opening weekend. It grossed over Rs. 207.09 crores worldwide, becoming one of the highest-grossing Bollywood films of 2019. 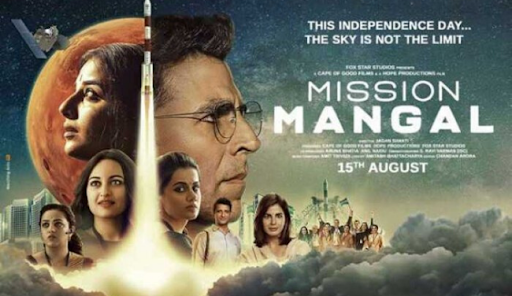 Yet another in the list, which is a reality-based movie of 2019, is Mission Mangal. The movie Mission Mangal is based on the life of scientists and experts at the ISRO who contributed to the Mars Orbiter Mission, India’s first interplanetary campaign. The movie received terrific comments and reviews after its release.

If you love knowing about the ISRO and the things that happened earlier, then this movie is a must-watch movie because there are very few movies that can be watched again.

I am sure this is one of those movies where you can watch it again. The Mission Mangal starred Akshay Kumar, Vidya Balan, Sonakshi Sinha, Taapsee Pannu, Nithya Menen, Kirti Kulhari, Sharman Joshi, H. G. Dattatreya, and Vikram Gokhale. They all made the movie worth watching it again. 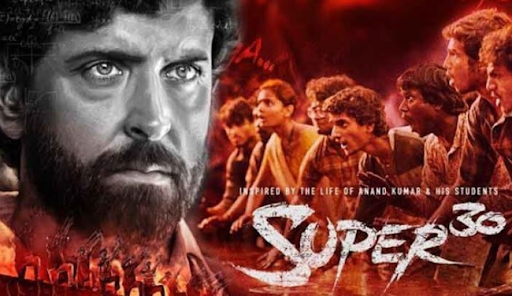 The July released Hindi Bollywood Movie Super 30 is also a real-based movie as this year, there were a lot of movies that were based on real-life, and this one is one of them. Super 30 is one of those movies in which a single actor reached its height.

Yes!! Hrithik Roshan played the lead role and played the role of a teacher named Anand, who opened the coaching center to help the students who wanted to be an engineer and want to go to IIT for their further studies. It is a reality-based Bollywood movie, so here also there was an emotion of a man who had gone through so much that he is now a very well-known man and still helping out the students to achieve their goals.

The movie showed some very unique ways of science and how to learn things through our normal life. So if you are wondering what to watch online, then this movie is your search. 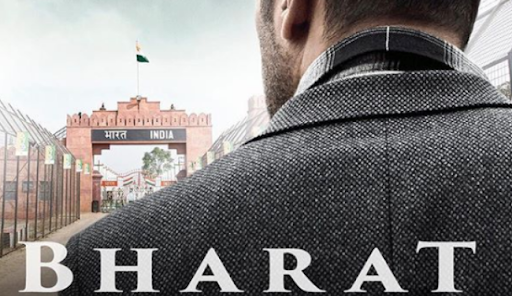 The list is incomplete without a Salman Khan movie as he is the charm of the Hindi Cinema. His movies have all the emotions, Drama and Fun. So here is the movie which you can watch plenty of time in 2019 and also in the coming year, which is Bharat. Though Bharat Movie had mixed reviews from the audience as some might like the movie, some might not.

But it is Salman Khan’s movie just to see his acting and fun you can watch the movie any day anytime. Even with your friends and family as he makes such movies. 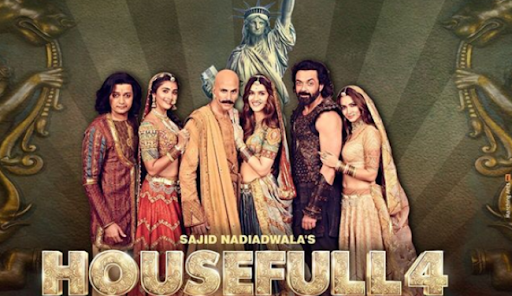 Housefull 4 is the 4th Part of the Houseful, and it is as entertaining as the 1st Part. There is nothing constant in the movie. Just Akshay Kumar, Ritesh Deshmukh, and Aakhri Pasta are the continuous people in the Bollywood Movie 2019 Housefull 4.

The movie is so much fun and laughter that you cannot miss watching it again, and the song ‘Bala’ has attracted the views and kids so badly that people just want to dance on Bala.

The movie has 3 couples, and the story is based on reincarnation, traversing a span of 600 years from 1419 to 2019. The love changed and then, in the end, became one, and all the comedy of the movie is worth watching one or more times. 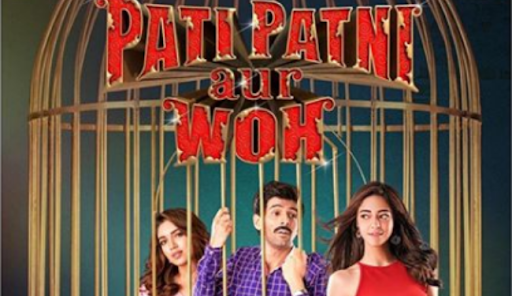 Pati Patni Aur Woh, although a very new release but worth watching it again as it has a lot of laughter and fun. The movie showcases the life of a Wife and how she deals when her husband feelings for someone else and how she makes him feel the importance of a WIFE.

The movie of 2019 gained popularity and also have a positive review amongst the people. The movie is still in theatres, and if you have watched it in the theatres, then I am sure you can watch it again.

All three actors have justified their role with their acting and made the movie worth watching. So if you are bored, then you can go and watch the Hindi movie Pati Patni Aur Woh in the theatres now.

So here we have mentioned the top 10 Bollywood Movie of 2019 for you to recall all the fun, laughter, and joy and watch it again. 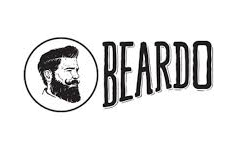 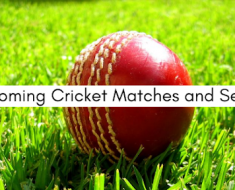 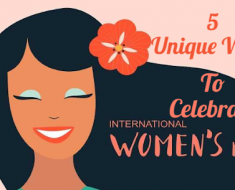