Yes its true, this highly loved series from all over the world is about to hit the TV series again in Japan. Dragon Ball has a cult following, specially in Japan and United States. This has been proved by the fact that recently released blockbuster movie Furious 7 could not compete with its animated movie " Dragon Ball – Resurrection of F". The film is was the part of the series of movies released by the Dragon Ball T.V. series to serve as a filler between the gap of the 'sagas' it have. The movie alone earned about $11 million in less than a week and sold nearly 10,00,000 tickets in a week.

Anyways for those who do not know about Dragon Ball, let's see what it is all about:

Dragon Ball is a fictional Universe just like Marvel and DC where characters are able to harness there 'Chi' or life force into energy which can be attained with physical and mental super control. Anyways, the protagonist of the movie is Goku who along with his friends like Vegeta, Krilin, his son Gohan more, tries to save the earth from the warriors of the galaxy. A saiyan (an alien from the planet Vegeta) initially sent to destroy earth was rescued by a martial art master named Gohan who taught him humility and importance of life. Goku has harnessed maximum amount of Chi in the universe upto an extent where he could fight with God of destruction. He is wise and intelligent but brave when offered a fight. Price of the saiyan race, he first descended to earth to destroy it but eventually got in the team of Goku. He is very proud, arrogant, a brilliant strategist and always look up for fight. He is very tough in the outside but he is a brave fighter and a caring father to bulla. He is the son of Goku and have traits like him. Gohan has shown the capability of exceeding the limitation of the power far than Goku (until Goku became a Super Saiyan 4). His mother Chichi is more concerned about the studies of Gohan than the fighting training he use to do with his teacher Piccolo who is an alien from planet Namek.

There are other characters in the series like Bulma – wife of Vegeta, Frieza – a grand villian in Z saga, King Kai and many more. The series have been for many years on the T.V. till it have to end in 1997. Since then it is 18 years when a new series named as Dragon Ball : Super will be seen on T.V. sets of Japan.

The series will premier in July and you can read the complete official announcement here: with this, series creator Akira Toriyama will return to run the show. 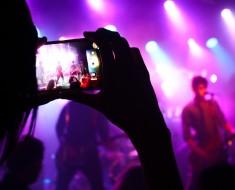 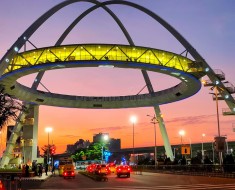